The statistic below is clear enough to understand that React Native is not only alive but thriving. Here let’s have a look at the stats of Cross-platform mobile frameworks and their use in 2019 and 2020.

Also, according to the Stack Overflow Developer Survey 2020, React Native secures the 6th position in the ranking with 11.5% of all respondents’ votes. Talking about only professional ones, here React Native places 5th with 11.8%.

With React Native, you can reduce the time and money required to develop a cross-platform mobile app (when compared to native development). By generating the code once, you can use it everywhere. Yes, you heard it right!

In other words, if you have code that you built for Android using React Native can be used for the iOS app with a few minor changes. Since the single code base can be used on both platforms, it certainly minimizes the development time and cost as well. But remember you need to make some platform-specific changes.

The one interesting thing about React Native is that it provides many components for images, text, keyboard input, progress bar, scrolling lists, animation, links, clipboard, and more. Using these components, mobile app developers can greatly speed up the app development process. While the Hot Reloading feature of React Native saves a lot of time as it allows you to reload the application without recompiling all the code.

React Native libraries like Redux (for handling the state of your app) and Awesome React Native (list of components and demos) will also help you finish your mobile app development faster.

React Native makes you able to build impressive and unique user interfaces with predefined declarative components like Switch, Button, Picker, Slider, etc. In addition, it allows you to create your own components with TouchableOpacity and TouchableNativeFeedback. Moreover, there are many Android and iOS components that make it work efficiently on Android and iOS mobile devices.

Companies such as Callstack, Software Mansion, Microsoft, and Infinite Red have contributed to this platform. This platform has a large community, thus developers can find various React Native components and libraries built by the top developers’ community on sites like JS.coach and Native Directory.

To compare, native apps require regular updates for each mobile device separately. As for cross-platform apps, they have the flexibility to be available to the users avoiding versioning. Using React Native, you deal with single coding, therefore, you fix bugs for one code only. As a result, React Native reduces app development costs and makes maintenance more straightforward. However, React Native’s flexible approach makes the entire app development maintenance easy, simple yet price effective.

Hot reloading of components is another React Native tool that can help make the startup process lightning fast. Usually, when you make changes, you need to reload the entire application. But not with Hot Reloading – this feature allows you to change elements on the fly without having to recompile all the code. You or your developer just need to refresh the page with a dedicated command – in the emulator or device where the application is open – and voila! Speed ​​is an important factor in MVP development, and hot reloading makes the development process much faster.

While maximum hybrid apps only depend on the security of the system browser, cross-platform and native apps are protected by different layers of an operating system, which makes them difficult to abuse.

In addition, they do not rely on third-party systems, they only use official APIs that have been thoroughly studied in different system versions. Because of the long build-up of official platform SDKs, it is more likely that they can reduce any growing security problem.

Because of the insufficient time, shorter startup cycles may be less well prepared to be resolved later. 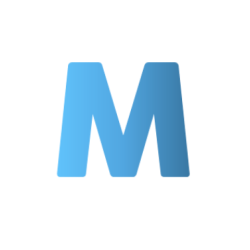 12 Things To Consider While Hiring A Digital Marketing Agency